To subscribe for Federal Policy Week enter your email address under the “Follow” label at the upper left section of the page.  You will receive a verification email to confirm your subscription.  Thank you! 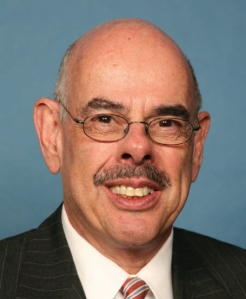 Congressman Waxman (D-CA) announced that he plans to retire at the end of this Congress after serving 40 years in Congress.  The progressive Democrat and current Ranking Member of the House Committee on Energy & Commerce lead many healthcare-related and environmental battles, often culminating in legislation.  He also is a strong proponent of animal welfare issues. His accomplishments span several decades and many areas of public interest.

Congressman Waxman led or helped secure passage of several notable pieces of legislation benefiting the environment and Americans, including:

Several Members of the Energy Committee, including Congresswoman Eshoo (D-CA), Congressman Pallone (D-NJ), and former Democratic Chair/Ranking Member Dingell (D-MI) have all announced or alluded to a possible interest in taking over for Congressman Waxman.

With Congressman Waxman’s departure, we are losing one of America’s great environmental champions.

IN THE KNOW: EVENTS TO CONSIDER

About the Author: Alison Fox